Through pretty much all of history Mankind has been an Explorer. We have always wondered “What was over that hill?” or “Who are those strange people?”

We are on the Anniversary Eve on one of the greatest accomplishments of Exploration in Mankind’s history. 45 years ago on July 20th, man landed on a Celestial body that was not our own.

At 9:56 PM Eastern time on that July 20th Evening, the late Neil Armstrong stepped off the last rung of the “Eagle’s” ladder and changed everything. Those first 11 words spoken from the surface of another planet should ring in our ears for eternity…….”That’s one small step for [a] man, one giant leap for mankind.” 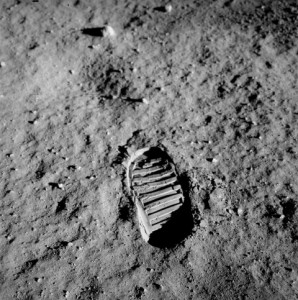 As natural Explorers. Mankind’s desire to reach the heavens has probably been with us through all of history. It was not until December of 1903 when two brothers at Kitty Hawk flew for the first time. All of the sudden, the heavens were closer. 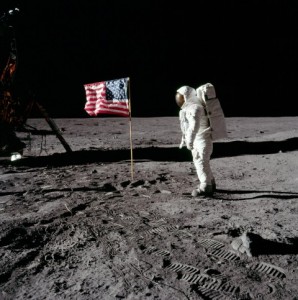 Gene Cernan, the last man to set foot on the moon, gives a great speech where he points out the truly remarkable achievement of getting from our first glider flight in Kitty Hawk to the surface of the moon and back in only 66 years. But what has happened in the 45 years since then?

Why has man gone no further? What happened to our desire to explore? Why have we not explored strange new worlds or gone to seek out new life and new civilizations? Where is Stanley Kubrick’s space station and Moon base?

What is worse than not going anywhere and not doing anything, is that we have forgotten what we accomplished. Talk to any high-school aged person about landing on the moon and they know nothing of it.

This July 20th, talk to your kids, your friends, your neighbors or anyone that will listen to you and let us all remember together what those few brave men did when they ventured away from Earth. It is an accomplishment too exceptional to be forgotten.

While we are at it, let us figure out a way to rekindle that spark of Exploration that took Mankind from the Earth to the Moon
Images courtesy of NASA, Neil Armstrong and Buzz Aldren photgraphers