Those were some pretty smart old guys

Posted on September 17, 2014 by Mark calzaretta

What I believe is the GREATEST DOCUMENT ever to be written, was put into action 227 years ago today. The Constitution of the United States of America was signed by our Founding Fathers. 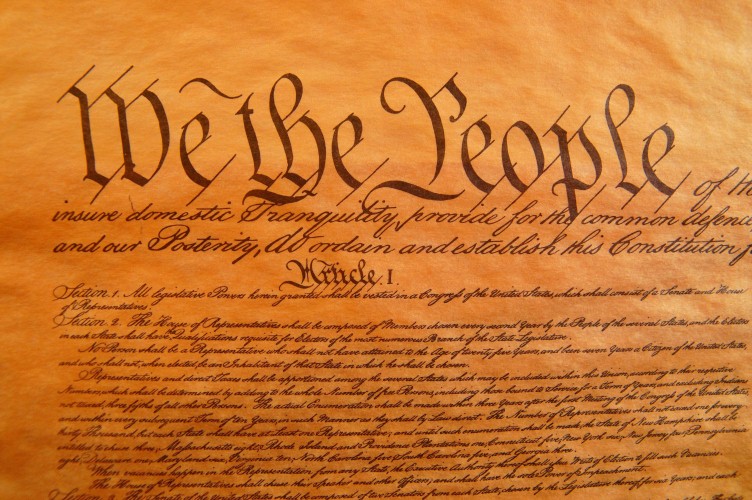 Just look at those three words written larger than the rest, with a special pride never written before or since. Tall words proudly saying WE THE PEOPLE.

This document which defines and shapes our Great Nation was not written for the Government, it was written for The People. This is something our Politicians have forgotten

‘We, the people of the United States, in order to form a more perfect union, establish justice, ensure domestic tranquility, provide for the common defense, promote the general welfare, and secure the blessings of liberty to ourselves and our posterity, do ordain and establish this Constitution.’

Think for a moment about current politicians and the laws they pass, Obamacare for example took over 2,000 pages. So how did our Founding Fathers define the Nation in a way that has stood the test of time for more than 2 centuries in just 6 pages of hand written text? That included the Bill of Rights and all 39 signatures.

Perhaps our current politicians need to go back to writing legislation like the Founding Fathers did.

This entry was posted in Politicians and their ways. Bookmark the permalink.