As our Independence Day approaches I am continuously thinking how much I like this holliday. Aside from Christmas, this is my favorite day of the year.

On July 4th of 1776, 56 representatives from the 13 Colonies signed the document that separated us for the Tyranny of King George and Great Britain. …A document that would change the World as it was perceived.

Most certainly these 56 men’s lives were in immediate jeopardy as traitors to the Crown. Several of the signatories to the Declaration were captured by British and so charged.

Our Founding Fathers were made of some pretty good stock.

Do you think any of our current representative in Congress would be willing to put their lives on the line like our Founding Fathers did? Hell, most of them are not even willing to sign legislation that might put their jobs in jeopardy. It is obvious that our current legislators are no longer concerned enough to keep Country first .

I am amazed that in an era where it took days, weeks or even months to get from place to place that a document like the Declaration could be drafted and signed in less than 15 months. Yes it was not even 15 months since the first shot of the Revolutionary war was fired at the Old North Bridge on April 19th of 1775.

The truly sad thing is that none of our children are being taught about these events that shaped the future of the world.

Please sit with your children or even the kids in the neighborhood and discuss these events, inspire today’s children to ask their teachers more about the Founding of our Nation 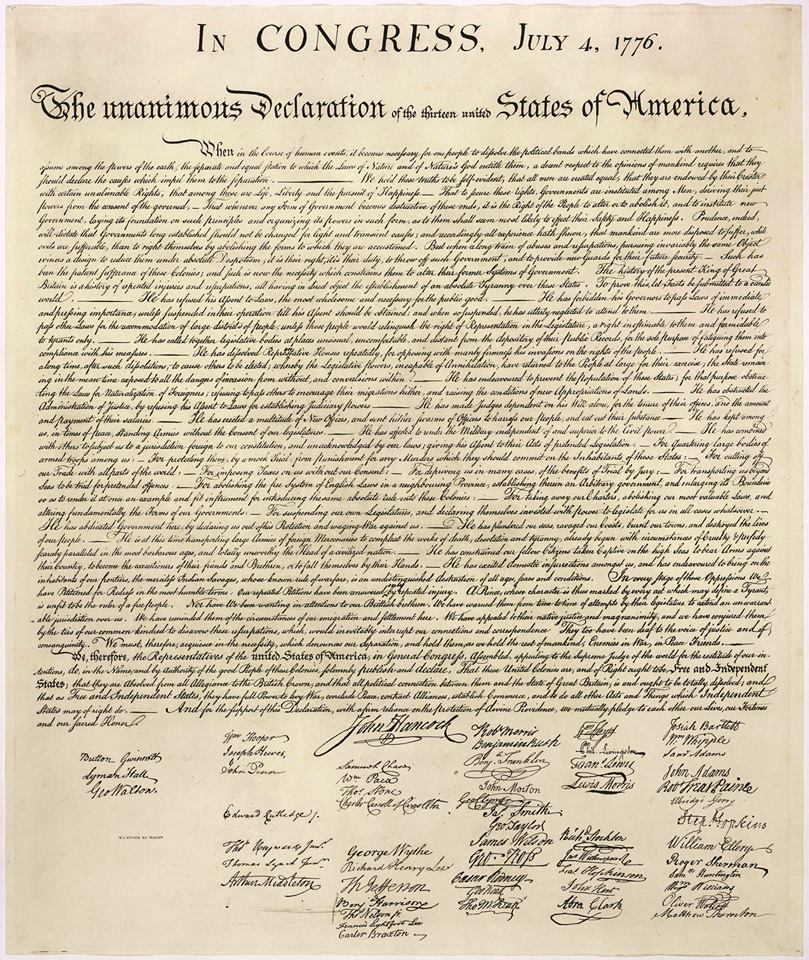 Professional Photographer, Firearms Enthusiast, Instructor and Gun Smith. Due to my love of fine mechanical things I am also a car enthusiast and horologist
View all posts by colt_saa →
This entry was posted in Uncategorized. Bookmark the permalink.